A Hamilton-based fitness expert has warned exercise fanatics may be risking their health, if not their lives, from their obsessions with working out.

Waikato University clinical psychologist Jo Thakker’s words of caution come just over a year after 17-year-old Joshua Tanuvasa died while working out at the Les Mills Gym in Hamilton.

While his death last year on September 24 is still before the coroner, Thakker said she was worried others might also come to his fate by taking their passion too far.

There are 31 gyms listed in the Yellow Pages in Hamilton – and this number continues to grow as people turn to exercise as a way to slim down or bulk up.

Thakker said some were taking exercise too far and displaying disorder-like behaviours. She had seen several cases where young men were using supplements and then exercising excessively, some to the point of hospitalisation.

“They’re willing to risk their lives to look a certain way.”

While excessive exercise was not a recognised diagnostic category, it was an aspect of a range of eating disorders, Thakker said.

Young men were being bombarded with images of bulky athletes and feeling like they needed to match up. The reality was that not everyone could achieve such physiques.

His rigorous training regime had been “taxing” on both his body and his mind, he said. “Each week, the calories would be reduced and cardio would be added, and as you lose body fat, your mind starts to play tricks on you,” he said.

“I lost my desire for everything. All I could think of was food.”

Alkadhi said he believed all bodybuilders had some form of obsessive compulsive disorder, as they scrutinised every inch of their body to achieve perfection.

But the mental health factor is not the only problem facing keen gym-goers.

Over-exercising can lead to injury, fatigue and your results may even go backwards. Personal trainer and nutritionist Jake Campus said that in the 10 years he had been involved in the fitness industry, he had seen many cases of people pushing themselves too hard.

It was a case of excitement about training and striving too hard to reach their goals that saw most of them getting addicted, he said.

Campus believed about 20% of gym-goers would fall into the overtraining category. This became a problem when people’s bodies were not accustomed to their workouts, which led to overuse injuries and fatigue.

Briggs said he believed almost everyone who trained went though a period where they pushed themselves too hard, and part of his job was reining them back in.

“You never tell yourself that you are overtraining; someone has to tell you.

“I think the health risks of not exercising are far greater than the risks of exercising. Exercise should be part of a balanced lifestyle,” he said.

While injury was the most common danger of training too much, there were more serious things such as the potentially fatal condition rhabdomyolysis. This is a serious renal condition which is characterised by muscle cell breakdown.

As a consequence myoglobin (an oxygen transport protein) leaks into the urine, which causes problems with the kidneys.

If you or someone you know needs help with an eating disorder, contact Eating Disorders Association of New Zealand on 09 522 2679. 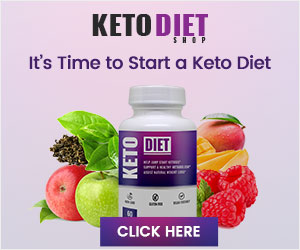 The Secret to Balancing Strength Training and Cardio

‘How I regained my health after bikini competitions’

Your Perfect Body: Visualize, Then Actualize!

Health and fitness with Tiffiny Hall

Top tips to help you get lean